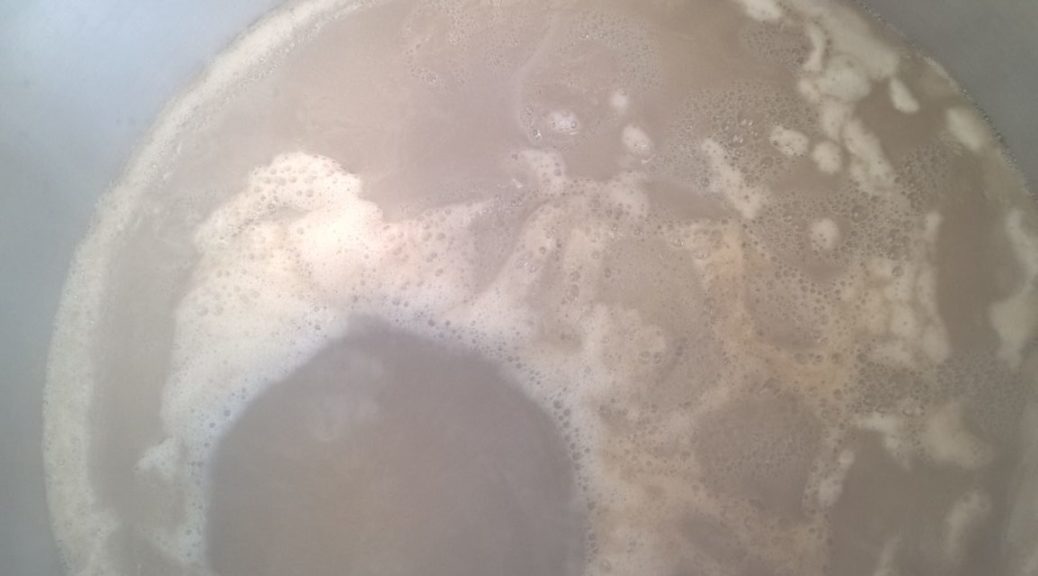 I had a day off work, so with nothing else to do I brewed up another batch of Raspberry Wheat beer for Carter’s stag do:

Not much to report for this one – Everything went smoothly and I had possibly the quickest brew day of all.  However, I did miss my target OG by .005 points, so the finished beer will probably be around 4.6% ABV rather than 5.2ish.

I’ve also got a new gadget, an iSpindel digital hydrometer.  This thing floats in your fermenting beer and based on the amount of sugar/alcohol present, the tilt angle changes.  The device wakes up every so often, connects to my wifi and reports it’s tilt, temperature etc to a remote server.  Combined with some funky maths, you can get accurate gravity readings and monitor your fermenting beer without taking any samples.
Everyone loves a graph, so here’s a live graph showing the progress of my beer 🙂