Woke early this morning to go and book our Cave Tubing activity with the Black Water Rafting Company.  Shortly afterwards we were introduced to our guide and shown to our wet suits.  Damn those things are damp & cold first thing in the morning! 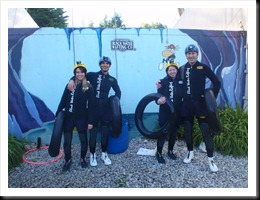 As we were making our way down towards the cave entrance, we were given the chance to practice a backwards jump onto our tubes from height into the river outside.  The river water was freezing cold, but it gave the wet suits enough water to start warming up on our trek down to the cave.

The trek through the cave itself was pretty cool with a couple of backwards jumps off waterfalls on the way.  Half way through the system we were instructed to turn off our head lamps. All of a sudden the roof of the cave lit up with thousands of tiny bright specks of blue/green light from the glowworms. 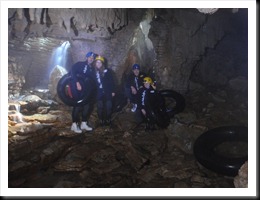 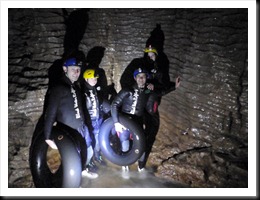 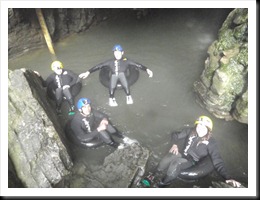 An amazing day out!

Set off this morning later than we intended but luckily we arrived just in time to take the Hobbiton Movie Set tour.  Was pretty cool to be able to walk around and touch the stuff that was in the LOTR movies.  Our tour guide way very enthusiastic and a proper LOTR geek!

After walking around the Party Tree and looking over the lake we walked up to and explored the hobbit holes and Bag End. Lots of photo opportunities! 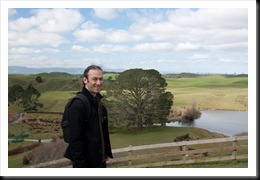 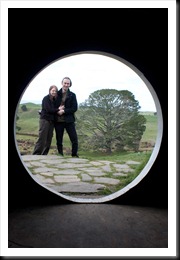 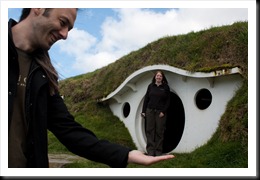 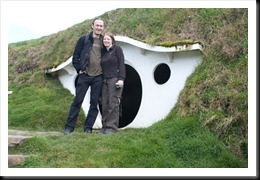 After a nice lunch in the farm cafe we drove down towards Lake Taupo, our next stop for the night.

We had yet another rushed journey this morning to get to Wai-o-tapu Thermal Wonderland in time for the Geyser eruption.  Yet again, we made it with just minutes to spare.  The eruption was pretty cool, something we’ve never seen before except on TV.  The only downside was the horrid sulphur smell when the steam cloud passed over you. 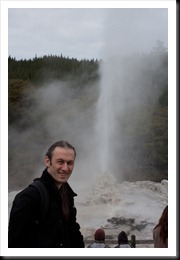 After the eruption, we made our way back down the hill to the main Thermal Park and spent a few hours walking around lots of strange thermal pools/craters. 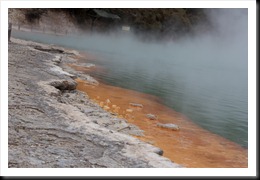 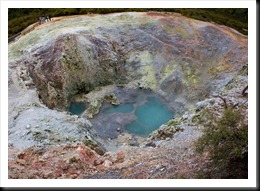 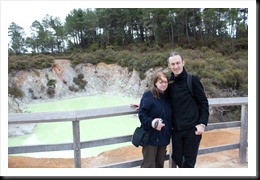 After we finally escaped the eggy smell of the sulphur clouds, we made our way to Tongariro National Park to camp in a site below “Mount Doom”.

The site wasn’t quite what we were expecting so decided to only stay the one night.  We spent the evening in the cafe with beer, wine, chips, lemon meringue and chocolate fondant.  Leela managed to blitz her way through another 20 thank-you cards for our guests – Must have been a sugar rush 🙂

This morning we went to check out information on booking a flight over and around the mountains.  The pilot was very vague about the conditions and appeared to still give us hope about a decent flight.

Once up in the air things turned out different ? We only managed a short 20 minute flight around the park near one of the mountains due to the bad weather.  Leela also discovered she doesn’t travel well in small light aircraft that get bumped about a bit by bad weather 🙁 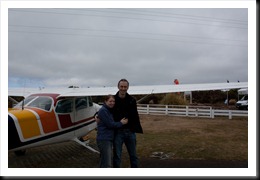 After the flight we headed off towards Wellington, a 5 hour drive with stunning views of Mount Rhapehu en route.

Spent the morning sorting out the motorhome and getting things organised properly.  In the afternoon we took a bus into Wellington City Centre.  Had a look around the shops but couldn’t find anything that took our fancy then walked down towards the Embassy Theatre where Return of the King had its world premiere.

Found a fantastic restaurant called Zibibbo where I had a gorgeous duck and gnocchi with spinach and mushroom meal.  This was followed by an impressive Tapas dessert with 2 raspberry sorbet cones, chocolate & mandarin mousse, mango creme in an egg, cinnamon donuts, vanilla ice cream and finally a coffee creme brule. 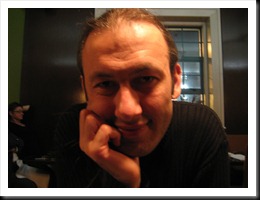 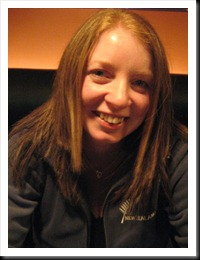 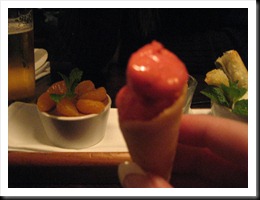 We spent the morning at the Weta Cave, home of the LOTR and Narnia (amongst tons of others) special effects.

Watched a 20 minute behind-the-scenes film of what they’ve done for various films, then explored the mini-museum of weapons, armour, models and clothing used in the LOTR films. 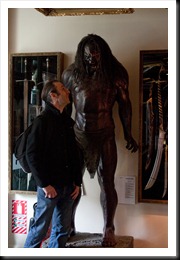 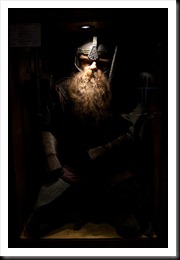 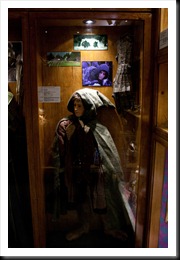 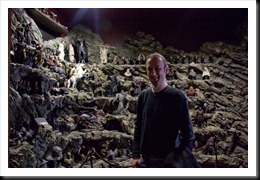 Spent a good few hours on the ferry from Wellington, through the Cook Straights and finally onto the South Island!  The journey was pretty uneventful – We spent the majority of it freezing outside on the front deck hoping in vain to see some dolphins or whales.  However, the views of the hills and mountains on the way into the Picton terminal were fantastic. 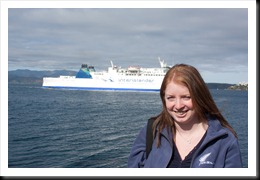 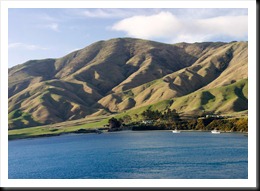 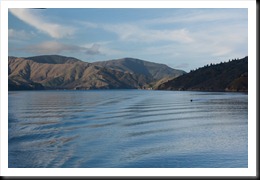 Drove down to Blenheim to stop for the night ? The weather was pretty miserable during the journey.  Once there we had a great meal in Roccos Restaurant and found a fantastic local wine – “Drylands Sauvignon Blanc 2007”.  We’ll definitely have to visit the winery tomorrow and pick up some more!

Had an amazing day today.  We left Blenheim early and headed up the coast – Leela drove the motorhome for the first time too!  Our first stop was only 6km up the road at the Drylands winery, the vineyard that produced last nights bottle of wine.  We spent about an hour there, sampling the different wines and came away with a few bottles for the trip.

We continued on up the coast road and found hundreds of seals all along the coast.  Leela found a great spot to stop where we spent a few hours walking around them taking plenty of photos. 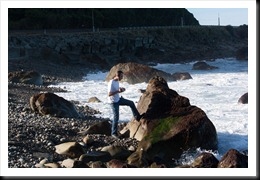 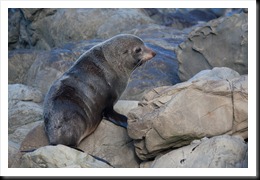 We then crossed over the main road an took a quick 10 min walk up a small track which eventually led to a waterfall.  In the pool at the bottom we found a couple of baby seals playing around and their mother asleep on a ledge above.  An amazing experience that could have been so easily missed. 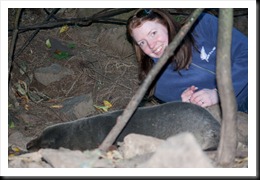 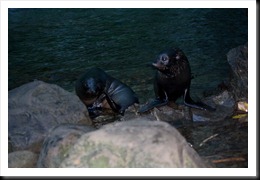 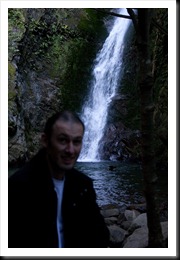 Spending the night camping in Kaikoura after a not-so-great chippy tea.