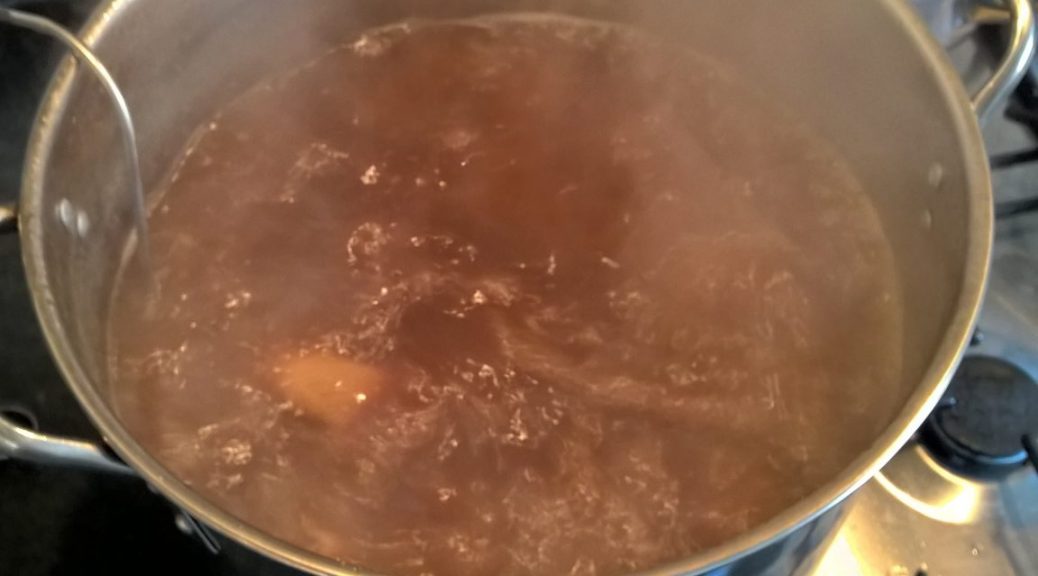 The main change was to down-scale the boil to around 10 litres, with a top-up in the fermenter – The main adjustments made were to the amount of hops required to maintain the required flavour.

My recipe, which I think I’ll call Dirty Daemon, was based on a Zombie Dust clone written by skeezerteezer on Homebrewtalk.com. You can find my version of it here.

Here’s some pictures of my brew day:

Heating the water to around 65 degrees

Steeping the grains for an hour

Time to remove and drain the grain bag

Bring to a roiling the boil

Almost finished, you can just about see one of the hop bags floating around

Yeast pitched and put in the brew fridge to ferment.

It looks like the yeast starter is doing it’s job – Just a couple of hours after pitching the yeast, there’s a big krausen forming on the top – You can just about make it out in the last pic. Fingers crossed for the next 2 weeks 🙂