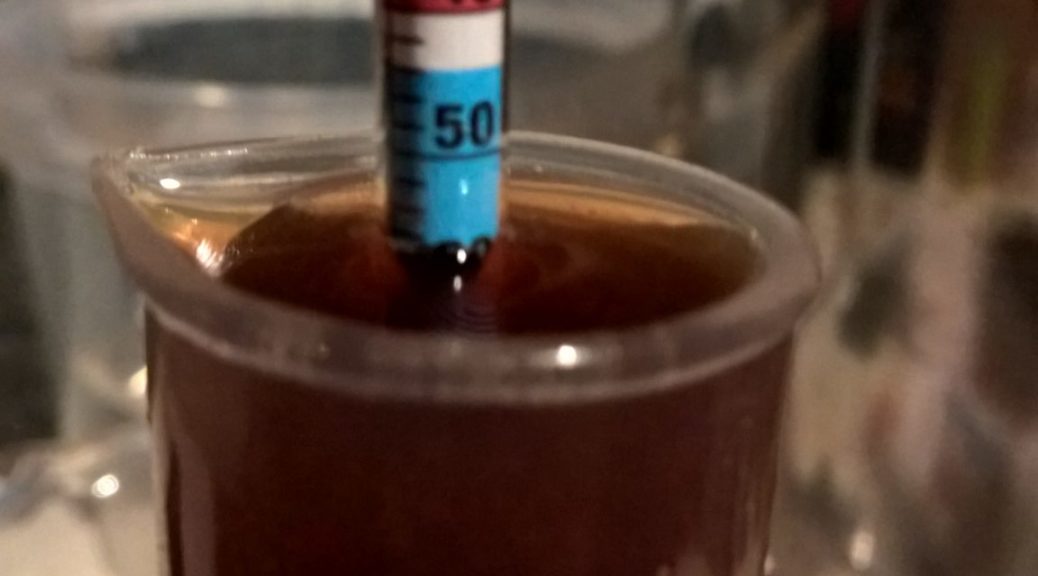 I’ve decided to take part in this year’s “Black Beer of Christmas” Facebook group brew-off(up?). The idea is to brew a beer, bottle it and send a batch of it to your local hub. Shortly afterwards, you’ll get a box back with a selection of other brewers beer!

This year’s theme is Porter, so I’ve decided to have a go at brewing a Vanilla Porter.

This is also my first brew using the HERMS system I’ve built.  Due to playing with the new “toy” I made a couple of rookie mistakes during the brew: